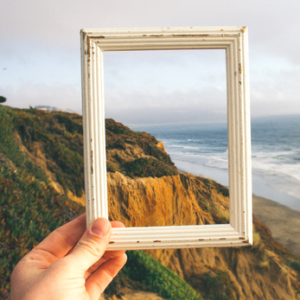 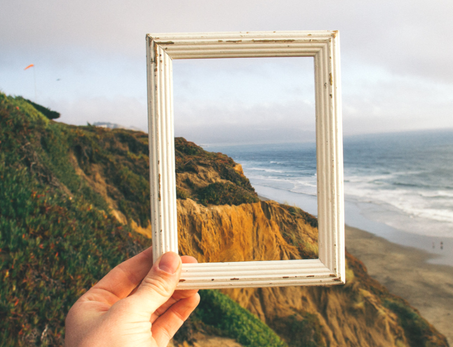 May I apologise for this not being a chatty newsletter about parish life.  All sorts of social media abound with pics and thoughts and chat. So, let’s use this for a wee think…

In the last email I was trying to describe the BIG PICTURE of God’s landscape on which the details of our lives are lived out.  That landscape is:

Many of the questions we ask can only be answered if we try to place them first on that landscape.  So, let’s jump straight into another big feature on that landscape; EVIL and God’s response to it?  Evil can be described in two ways.

Moral Evil
This is exactly what it sounds like – evil perpetrated by people against people and against nature.  Both the result and the source are evil.  Murder, war, abuse, racism…it is pretty obvious.  Terrible acts committed by humans against humans.  But what about pollution, extinction of species, poverty, poor education, tower blocks that burn?  Suddenly the perpetrators of moral evil may be people like me, or may even include me. Unfortunately when even someone as insignificant as me is multiplied by a few million (or a couple of billion) the results on many people in the world and on the environment are devastating (moral evil).  I was going to suggest that maybe God could just quietly remove all the bad people.  The frightening sub-question would be where would he stop – murderers and abusers and violent people and tax-dodgers, and polluters, and people who park illegally in disabled parking spaces or on yellow lines, and gossips, and people who wear pyjamas to the shops, and queue jumpers, and sickie-day takers…. hold on a minute!  I may be on the wrong side of one or two issues there.  What if God did something much more merciful?  What if God organised a way to deal with the spiritual evil source that wreaks such havoc in our hearts?  What if God organised a way to change the heart of the individual human being so that when that is multiplied by millions or billions we find a new heart beating in our world?  That would be an incredibly gracious God, especially if that plan required a personal self-giving of the Divine Life itself.  God has already done it (it is the central theme of the landscape described above).  So, let’s agree that we don’t want God to wipe out all bad people, because that would include us, and maybe we should also think a bit longer before blaming all the bad things on others. and it would be very subjective for me to expect God to wipe out the all the bad people as decided by me.  It is worth mentioning that the normal human solutions to moral evil are more laws and greater threats of punishment.  These things sometimes modify behaviour but rarely change hearts.  Guidelines only have positive effect when people comply with them.  Consider the response of a wealthy educated society like ours that emptied every shelf in every shop in a few days – rampant moral evil fueled by fear and selfishness.   Legislation does not combat greed and selfishness.  Look at our lockdown beaches on a sunny Saturday.  Moral evil needs a deeper solution.

Natural Evil.
Natural Evil has evil results, but the source is not evil (compared to Moral Evil).  It is mostly the natural activities of our wonderful world.  We would never dream of arresting a shark for taking a bite out of a swimmer.  There is no moral evil in the shark.  But the result is evil, a leg damaged for life with all the associated consequences.  Coronavirus is just one of millions of viral types on the earth, most of which are beneficial and necessary for the health and well-being* of some living organism.  Coronavirus has no moral stance or awareness.  It just does what a virus does.  Nonetheless, coronavirus19 has evil results – suffering, illness and death.  Other sources of natural evil include storms, earthquakes, tidal waves, volcanoes, plagues and illnesses.  Many of these are part of how our planet works.  It is as natural as my hair falling out but with much more devastating results.  God’s response to these situations is found in the life of Christ, inspiring us to respond with development in the poorest places, bringing medical care and healing, housing, new technologies and new possibilities.   It is possible to reduce the suffering caused by natural evil.  Not responding to the suffering caused by natural evil may take us into the world of moral evil???? We cannot blame God for the suffering caused by natural evil when He is helping us to solve it.  We cannot blame God for moral evil when He has supplied the solution to it.

As with last email, could I remind us that there is an eternal dimension to all of this?  “I consider that our present sufferings are not worth comparing with the glory that will be revealed in us.” Romans 8:18   This assurance allows us to take the risk of self-giving service to others.

*“Where is God in a Coronavirus World?”  (p.33) Professor JC Lennox